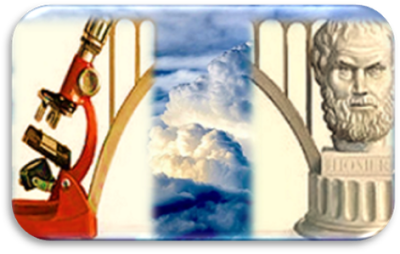 The problem of the relationship between the “two cultures”, the humanistic and the scientific, remains unsolved, even at an institutional level and throughout the school career. Indeed it crosses the whole Western history, but we must also bear in mind that the split between humanistic and scientific culture is relatively recent, since it dates back to the last three centuries, while, before then, their union covered about two thousand years.

So, in front of this unnatural divide, it is necessary to make the problem emerge in order to try to face it in all its complexity.

First of all, the critical questioning about the dichotomy between the “two cultures” should allow us to understand how this divide has been assumed as a de facto reality without any explicit presentation or theoretical explanation.

The methodological basis for the dichotomy between the two cultures 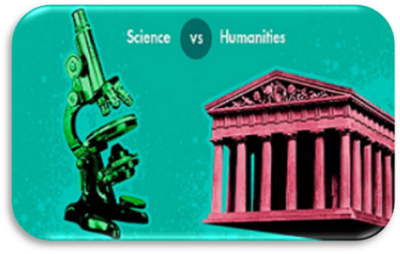 The methodological basis which keeps the two cultures still living apart, both in schools and universities, lies in the fact that the teaching of sciences is absolutely de-historicised, while the teaching of humanities is strongly historicized. In this way the teaching practice itself nourishes and sustains this distorted image of the school subjects: scientific subjects are studied and understood without considering their historical development, while the study of the humanistic subjects is deeply rooted in their historical background. So the scientific subjects (for example mathematics) are studied in their mere algorithmic aspects, while humanities could be understood only through an adequate historicization of their content

The reasons for a scientific humanism 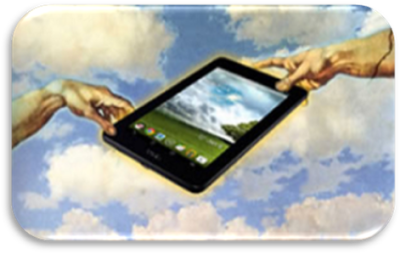 This cultural split can be put in crisis only facing it from a different point of view, i.e that of a scientific humanism. Only scientific humanism can let the intrinsically unitary character of knowledge emerge. A knowledge which lives and develops through a multilateral approach, able to contaminate the different subjects in a deep critical study of what is to be learned. In this way, it is possible to overcome the restricted study of single subjects, as the school itself becomes a conceptual laboratory in which critical analysis of knowledge becomes its beating heart.

Schools are constantly under pressure to keep up with the pace of changes in society. In parallel, societal demands for what schools should teach are also constantly changing; often driven by political agendas, ideologies, or parental pressures, to add global competency, digital literacy, data literacy, environmental literacy, media literacy, social‑emotional skills, etc. 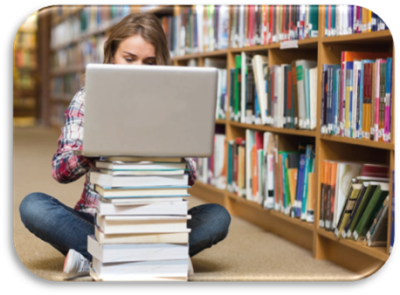 This report aims to support reflecting on questions such as “how to avoid creating a ‘mile wide – inch deep’ curriculum?” and “how to shift a paradigm to curriculum centred around student well‑being?” It also discusses the trade‑offs tied to design choices.

The presentation will aim to provide some of the efforts policymakers and schools are making to address the issue of curriculum overload, which will also lead into the other curriculum issues such as making a cross-curricular competency-based curriculum a reality, addressing equity gaps through curriculum innovations, etc. 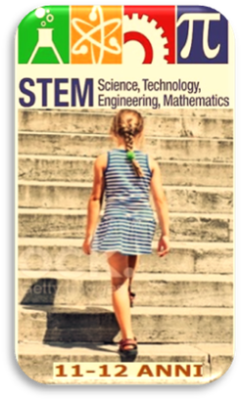 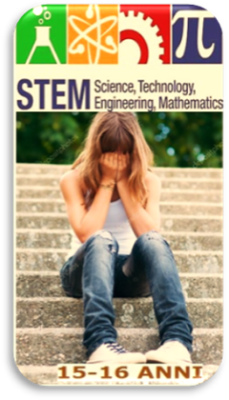 According to a recent survey of 12,000 young women in 12 European countries, girls aged 11-12 are as much interested in STEM, IT and AI as their male peers.

As they grow up, around the age of 15-16, their interest collapses and only 5% of girls expect a career in computer science or engineering, compared to 20% of boys.

The gender gap is still widespread, and with it the stereotypes according to which girls do not have a mind for science subjects, so as to block their talents in the bud.

Yet that’s just not how it is: there is no different or minor  predisposition to science according to gender. On the contrary: we know that in high school girls are very good at math, logic and verbal comprehension,  which are basic requirements for a good engineer.

So what happens after the first eight years of school?

Why do so few girls enter STEM colleges, and  consequently so few women get to work in the IT sector and in AI in particular, whether it be universities or companies?

What are the problems?

This is the knot that I’d like to untie and then invite, encourage, more and more girls to be key players in Era 4.0.

And I believe this is the right context, for two reasons. 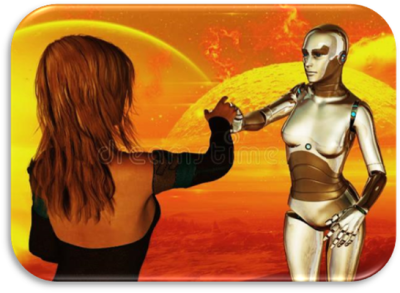 Here, in this perspective and in this context, I would like to be that person, that “person to meet”.

I would like to be a girl who makes other girls passionate about artificial intelligence and predictive technologies, in this historical period which shows its highest expression, diffusion and need.

And I would like to do so with the awareness of the woman I am today, but also with the glance of the girl I was exactly 10 years ago, when, after the completion of my studies, I looked beyond the horizon that others had pointed for me, as a female, and I made my entrepreneurial dream come true. 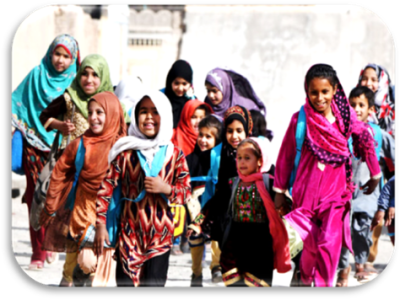 49.6% of the world’s population is female, & yet girls & women are denied their basic rights in many countries. Today, more than 129 million girls are out of school because of many barriers & challenges.  When a basic right like education is not ensured, having access to STEM is a far-fetched dream for many girls in mainly developing & 3rd-world countries around the globe.

Female empowerment is not a one-way route, it is important to understand the overall scenario that affects girls from pursuing STEM fields that are often discouraged. Stereotypes, mindsets, access to opportunities, environment, culture, male-dominated fields, etc, are some of the few reasons that women hold only a small percentage of jobs in STEM.

Join Amna as she shares her story of living as a Pakistani female fighting through all odds to get access to quality education in a STEM field & inspiring the next generation of female changemakers in Pakistan & beyond by paying it forward.
Let’s all work together to give back girls their right to education & science & achieve gender equality in the workforce. 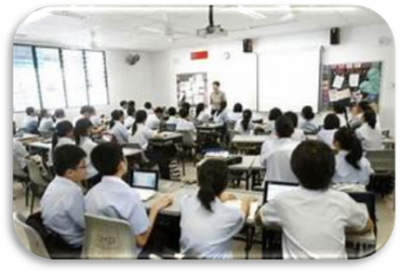 Singapore is regarded to have a high performing system.

For global assessments such as PISA, TIMSS, PIRLS and university rankings, it  has fared well.

The performance of Singapore, along with its economic development in the last five decades, supports the view of OECD 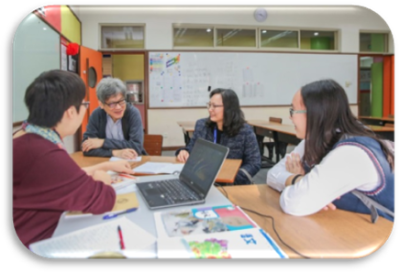 that the quality of human capital attained through education is related to a country’s potential for economic growth.

In relation to the theme of equity, excellence and inclusiveness in education,  this presentation will examine the principles underpinning the policy and practice in Singapore, as well as the challenges and recent developments to cultivate an ecosystem of learning. 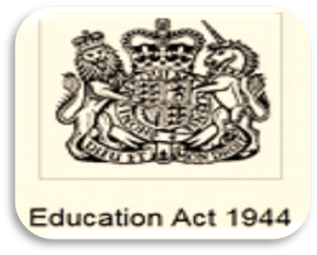 In the UK, in the wake of Europe’s biggest war, in 1944, the Education Act brought about radical changes to the concept of universal access to schooling. Alongside the introduction of the National Health Service, The Marshall Plan, and the foundations for the European Community, it was the kind of visionary, transformative thinking needed at a time of societal upheaval. Similarly, after the global Spanish Flu pandemic and the end of the First World War, a wave of innovation gripped the Western World.

At the start of the Covid pandemic, educators were forced to redesign learning for a locked-down world, in a few days. Developments that had been thought impossible (such as the introduction of mass online learning) appeared overnight. Many of us took part in webinars with titles like ‘A new education for a post-Covid world’, and there was a real sense that this was an opportunity for transformative change. 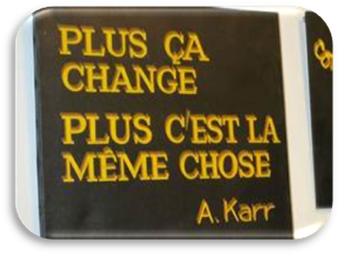 Now it seems as though the more things have changed, the more they have remained the same. Educators and politicians alike have apparently ignored the opportunity to have learned from the experiences of the past 5 years. And yet, if one looks at the future of the workplace, the cross-discpinary collaboration in medical research, the phenomenal rise of social movements, and more, it feels as though education remains an island called ‘status quo’ – the only sector of public life which seems impervious to change.

I have spent a lifetime leading projects that sought to bring innovation to schools, and have the scars to prove that, if change happens at all, it is rarely driven by the people who deliver education.

This will, therefore, not be a slide-filled explanation of this phenomena. Instead it will be a facilitated conversation about the underlying cultures that support this inertia, this reluctance to change. I have theories, but no answers. I am hoping that our collective wisdom and experiences may move us towards a better understanding, so that we can be better prepared in our daily efforts to bring about change.

< Back to the meeting